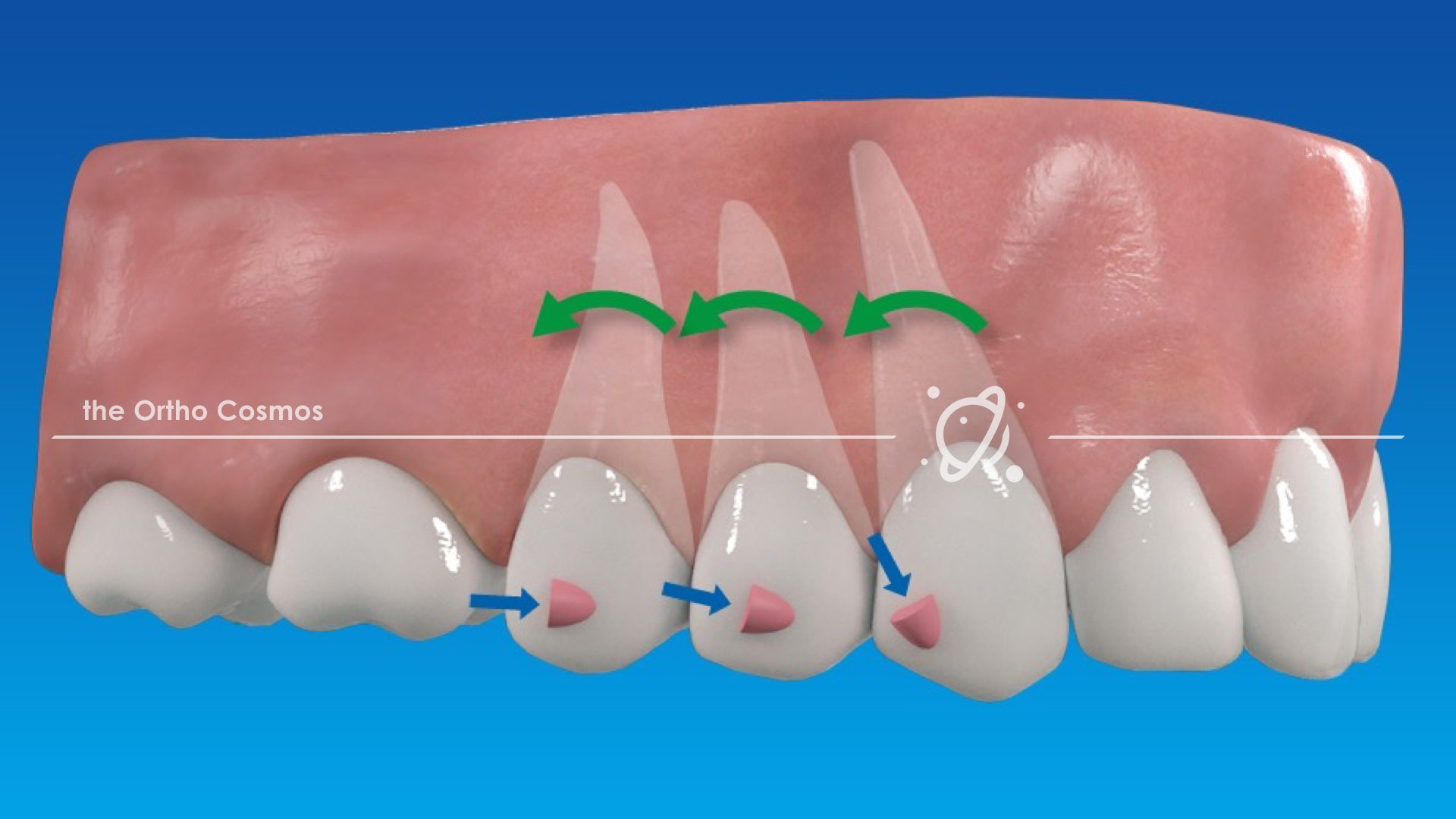 An Introduction to Conventional Aligner Biomechanics

Clear aligner therapy utilizes a series of custom-made tooth ‘aligners’ to gradually straighten teeth and align the bite. Each aligner in the series is formed with small incremental movements incorporated which cause the aligners to deflect and stretch over the teeth when they are inserted. As the aligners attempt to spring back to their original shape, force is delivered to the teeth thereby producing tooth movement. The greater the deflection, the larger the activation force produced by the aligners.

Early on in the development of this treatment modality, it became evident that certain types of tooth movements would response unpredictably due to the way teeth are shaped, like trying to pick up a wet watermelon seed. The logical solution to this dilemma was to allow clinicians to alter the shape of the teeth by bonding ‘attachments’ to provide control over where and how forces are delivered. Thus conventional clear aligner biomechanics were born.

The ‘Conventional’ approach is based on three central premises:

Although this philosophy has been employed in clinical practice for many years, the conventional wisdom behind these mechanics has received limited scrutiny. Both Sean Holliday and myself sought to help remedy gaps the specialty’s understanding of clear aligner mechanics by creating digital simulations of various tooth movements using CAD software. Through this approach we were able to evaluate the efficacy of various attachment designs by visualizing and comparing the prescribed initial force systems with a heat map.

We tested many iterations of attachment designs and movement combinations to determine which designs were most desirable for different clinical situations. While there isn’t time to wade through the entire exhaustive library of possible permutations here in this post, the initial force heat-maps for mesial root tip with just a few of the attachment designs we evaluated should help to reveal the clinical realities of clear aligner biomechanics. We also begin to see that the underlying assumptions of conventional, attachment-driven, clear aligner mechanics outlined above are fundamentally flawed.

We can draw the following conclusions regarding clear aligner biomechanics:

These findings run counter to the existing clear aligner dogma across the specialty, but they are consistent with the numerous proprietary features that Invisalign has incorporated into their clear aligner system following extensive internal data mining. Going forward with this knowledge, we have several recommendations for clinicians to help them improve their success with clear aligner therapy: